Skip to content Skip to main menu
Home › About the Author 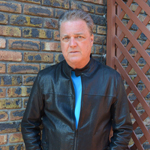 Pat McCarthy served as a member of the Chicago Police Department for twenty-six years, eleven of which were spent on three separate FBI task forces while still employed by the Chicago Police Department. Prior to that, he was an undercover cop in the CPD Gang Crimes Unit, and he was a SWAT team member in Special Operations for six years; three of those years were spent as a sniper/sharpshooter.

Shortly before Mr. McCarthy retired from the police force, he created a three-day police-training seminar called Street Crimes. Information on the seminar can be viewed at www.StreetCrimes.com. Pat McCarthy has also been a professional public speaker for the past twenty years, lecturing throughout North America and abroad about developing informants, interview techniques, surveillance, interrogation techniques, and many other issues related to gang and drug investigations. His first book, Chicago Street Cop,  was released in hardcover, paperback and eBook versions March 2016. He is currently working on his second book, titled Chicago Gang Cops.

He still lives in the north side of Chicago with his wife, Gail. Their son, Ryan, has carried on the family tradition by becoming an officer in the Chicago Police Department in 2009.

Link to the fanpage: